Posted by miscliisa on June 18, 2015 in Campgrounds, Catskills | Leave a comment 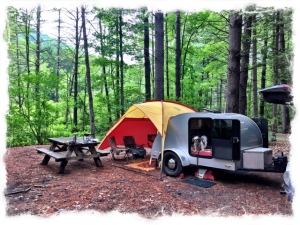 This is our site at Kenneth Wilson with our rain setup

This is a great site, but has a path from the bathhouse that leads people into your camp. It’s also seemingly impossible for people to figure out that there are paths that are meant to be used to get to the bathroom and that maybe it is incredibly rude to not search those out and just tramp across your site.  We stayed in this site once before and had a nice time- but that was a much less busy weekend in the fall. This is not a great site for a holiday weekend and a lot of inexperienced campers. 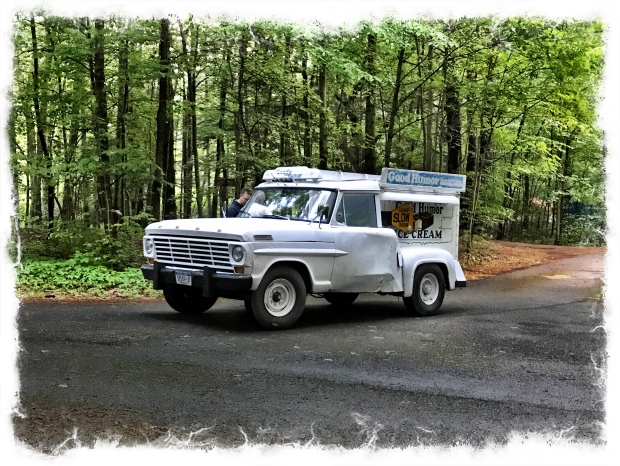 For 2017, they have done a TON of work to improve this campground. The bathrooms have been repainted and new doors and floors have been put in. They really needed this freshening and it helps. There is a new kiddie play area with a cool new jungle gym. Many of the picnic tables throughout the park have been replaced with ones that are made out of solid cedar. There is lots of work being done by the pond to improve the area. The best improvement they’ve made is that there is now a good old-fashioned Good Humor ice cream truck that travels through the park around 7pm so you can run out and get an ice cream bar. 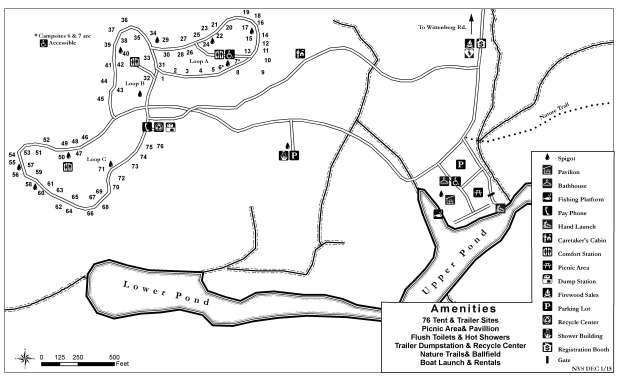