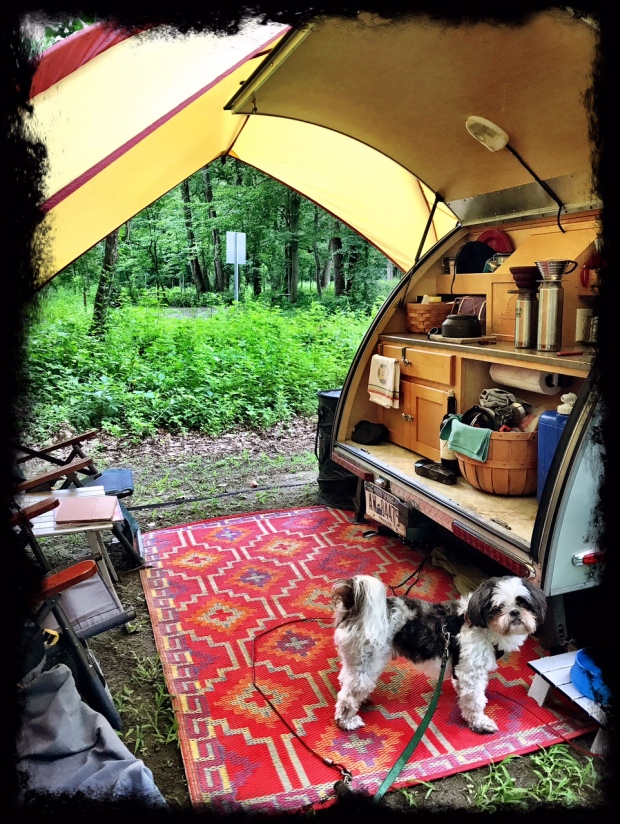 There are lots of great reasons to go camping in and of itself. It can be fun and relaxing. It is often a great change of pace. It can be good exercise. It is a way to get more sunshine and enjoy the outdoors. There are so many amazing places in nature to see when you camp with State and National Parks. But camping can also be a part of something else you want to do– something bigger.

When I was a kid I think we camped a lot because it was a cheap way to travel. And it really can be a fantastic way to control your costs while on the road. State Park campsites are typically in the $20-25 a night range and you can usually have 4 people on a site. That is a heck of a lot less expensive than any motel. But even as a kid, I learned that it was great to “mix it up” and do other things while camping. One of my most memorable childhood trips was one where we went across country and stopped along the way at places like the Painted Desert, the Grand Canyon, Disneyland and we went into Mexico and swam in the ocean on the West Coast.

Before we got the Teardrop, we sometimes used camping as a way to take long trips and make lots of stops along the way. We traveled from New York to the tip of Florida that way. We made a loop from San Francisco, down the coast of California, out to the Grand Canyon and Sedona and then back through Las Vegas and Yosemite with the camp/nature and “see something else” methodology.

Now we do that sort of mix up all the time. We may camp to spend some time with good friends or as a way to get across country to see family. We often plan trips around “we want to go here or see X” and then “let’s camp!”

Because we stay mostly packed for camping all summer, it makes it easy to see something or somewhere you might want to go and think, what if we camped as well? We do that to go on biking jaunts or see museums. We do it to go to concerts and historical houses. We do it to explore towns that are a few hours away from us where maybe the shops are different or maybe we’ve never been before. And for an extra $50 for a couple of nights of camping (and helping out our state park system as we do it), we are able to make a weekend out of it and make it more into a “mini-vacation”.

A colleague asked “What are you doing this weekend?” and my answer was “We are going camping upstate. We’ll probably bike a little and do a bit of shopping, but mostly it was planned around a concert we want to see.” He said, “Wow, busy weekend!” and my reply was “Nah, just a normal one for us.” This is just how we roll. And we get to see The National play.

← Why I Love the Campground Ice Cream Truck To Camp or Blog? That Is the Question. →