That One Day That Is Just Too Hot

Posted by miscliisa on August 11, 2018 in Camp Stories, Maine | Leave a comment 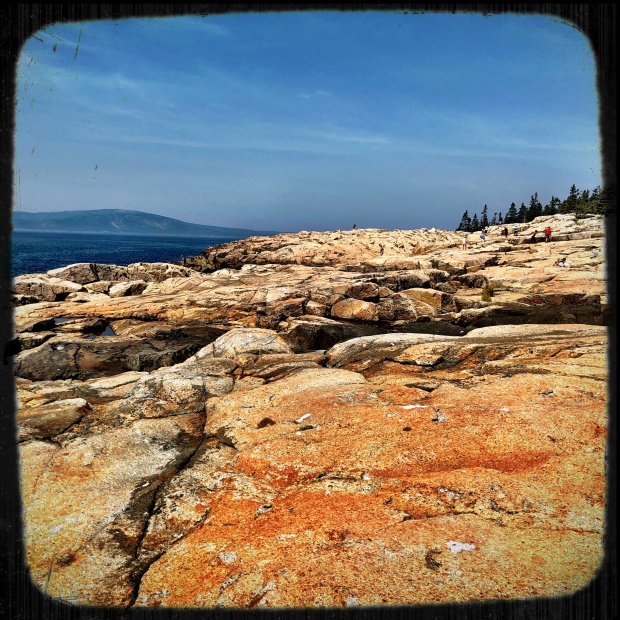 You planned this vacation months ago. You hoped for the best with the weather, but, well, that isn’t exactly what you got. You are going to make the best of it and carry on.

There are times in these days of global warming that it just turns out to be hotter than you planned for. When you are on a short trip, close to home, this may be a reason to cut it down to a shorter outing. But on a long trip, you need to pace yourself and find a way to DEAL. 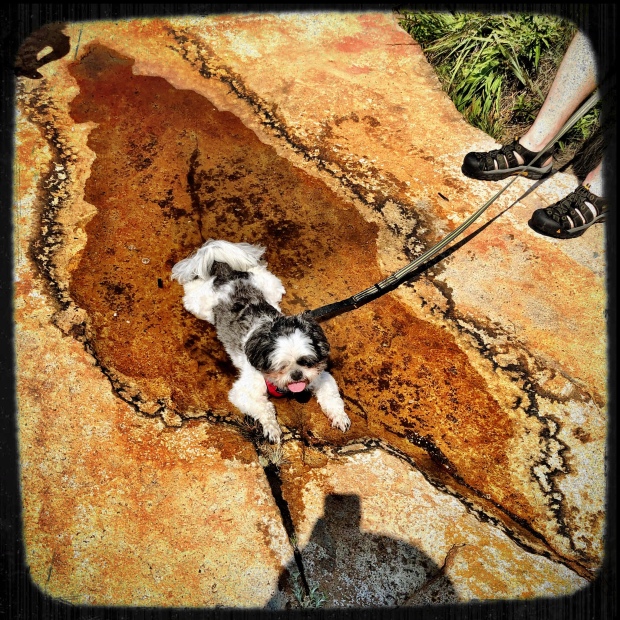 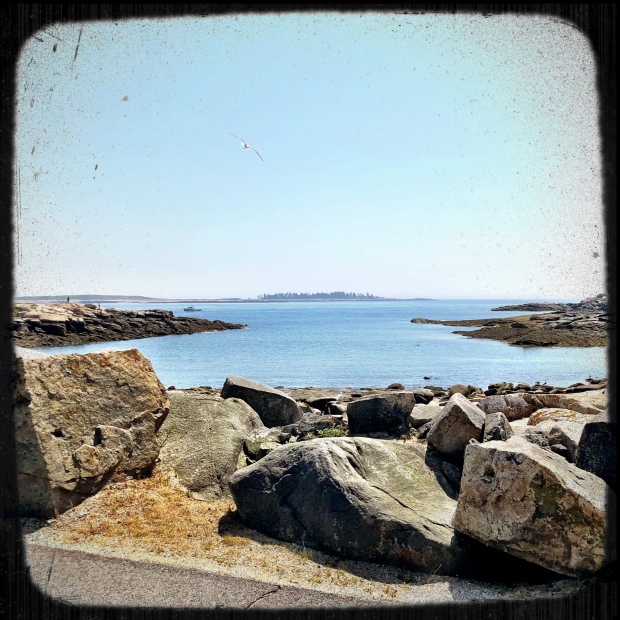 Ok, so you were hoping for low 80s and now it is in the mid-90s and so sunny and sweltering that you just can’t hide. You ate breakfast sheltering in a tiny bit of shade behind the camper pop-up hatch because it was easily 10 degrees cooler there. You went out for a bit early in the day and didn’t put on sunscreen. You were only planning to be out for a short while. That 20-30 minute “short while” results in drenched in sweat (despite a breeze) and what is perhaps the worst sunburn you’ve gotten since childhood. The dog was briefly cool in a stone pool by the shore but has gone back to panting constantly. The “we’ll drive the coast road and stop and explore” plan quickly becomes just driving and very few stops where you might have to get out of the AC. Eventually you decide to head back to camp and try to think of another plan for the day because that long bike ride no longer sounds like fun.

It turns out that your campsite offers NO shade and you stop to think about what sites in the camp might have been better. You remember the Big Agnes, which has always offered shelter from rain and perhaps with that second sidewall you can get enough shade to protect that sunscreen slathered sunburn that is really starting to hurt. Setting it up is easy, but finding a spot where you can get some shade without the thing flying away like a kite isn’t so simple. Eventually you get it set with the help of a few big rocks from around the site to hold it down. You put chairs and a table under it and dampen some kerchiefs to put around your neck. The dog is miserable and you set him up in the trailer with the fan pulling a breeze across him. The park ranger comes to check on you and explains that there was only one day this hot last year, but there have been several so far this year.

Eventually you hatch a plan to drive an hour away to run a few errands and pick up supplies and something for that sunburn. Mostly this seems like a grand idea because it means you’ll get some AC time in the car. You take turns going in stores while the other person stays in the car with the dog and the AC running. The dog is elated. You find a nearby ice cream parlor and run in to buy cones that are melting before you get back to the car. The dog laps his ice cream up immediately.

You head back to camp and think about something simple and light to make for dinner after a walk in the fading light of the day. You make a fire to sit by even though you don’t need the warmth, but just to make some s’mores and watch the stars. This day may not have gone exactly as planned, but you made the most of it and that is a big part of what camping is about.